In mid 2015, Xerox re-branded themselves in an effort to bring to the forefront the breadth and depth of their global business offerings and be seen as much more than a document company. The other side of the product and service coin are their global stewardship accomplishments. As Xerox was putting a new human face on the brand, showcasing their community outreach, eco-consciousness, equality measures and philanthropy played a strong supporting role in the re-launch.

To coincide with the advertising, PR and digital re-launch, Scrum50 was asked to build a digital home for the 2015 Report on Global Citizenship.

Why an Agile Approach?

Since the global campaign and website build was well underway, Xerox needed an agency that could seamlessly catch the current of the work already in progress, get up-to-speed fast and have the creative chops to deliver an experience that looked like it had the same DNA as the campaign but took the storytelling aspect of their data-rich report to a new level. A more human, interesting, clear and concise report was what we set out to create.

We put together a small passionate, multi-talented team who were dedicated to collaboration with the with Xerox team. At all levels our agency team members were connected to their counterparts on the client side. Daily stand-ups, frequent feedback, delivery of work in “raw” formats and trust was the formula for success in record time. 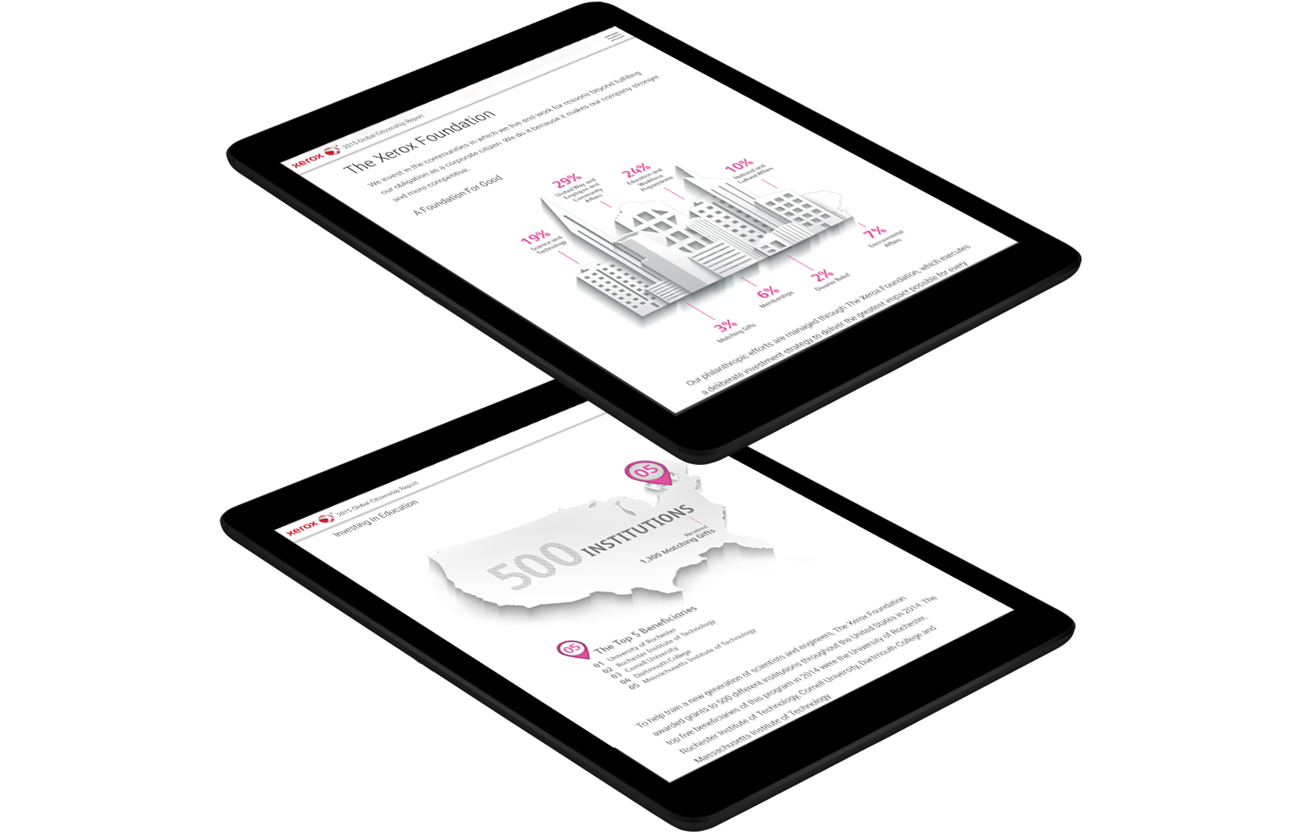